The OCC is a community-led endeavor that aims to remedy and rectify society’s conditions through the correct application of traditional Prophetic teachings contextualized to modern-day issues.

It is our firm belief that our society’s condition is predicated upon its level of sound, traditional Islamic education. We aim to provide our community with opportunities to learn and study their religion with qualified, enthusiastic teachers grounded in the fundamentals of Islamic knowledge.

Our Goals and Mission

EDUCATION
At OCC, we believe that the condition of our society depends on two things: our connection with our Prophetic traditions; and our level of traditional Islamic Education. That’s why we work to provide our community with opportunities for learning. We run weekly classes and regular courses, and organise annual retreats. Students of all ages can study aspects of their religion with qualified, enthusiastic teachers grounded in the fundamentals of Islamic knowledge.
TRANSFORMATION
For knowledge to be truly transformative, it must be combined with implementation and self-discipline. At OCC, we facilitate activities and safe spaces which enable personal development. These include Prophetic sports like archery, swimming, and martial arts; as well as weekly gatherings for remembrance (dhikr and burda) and meditation/reflection (tafakkur). Our aim is to cultivate and nurture individuals in all their human dimensions – physical, mental and spiritual.
SERVICE
A fundamental aspect of the Prophetic Way is serving God through serving others. It’s little wonder then that giving back boosts personal well-being and is so rewarding. At OCC, we encourage our students and participants to benefit others after benefitting themselves. We inspire them to engage with the wider community and broaden the realm of benefit.
SEE OUR PROJECTS 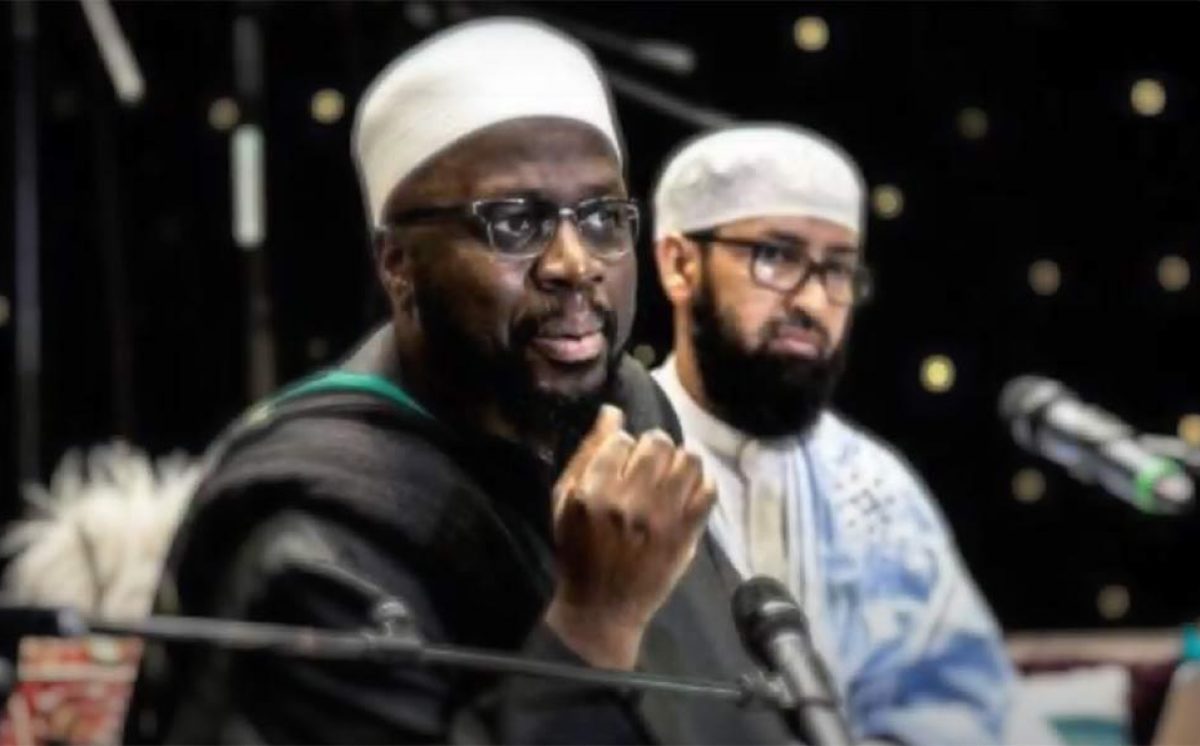 A range of courses for all ages 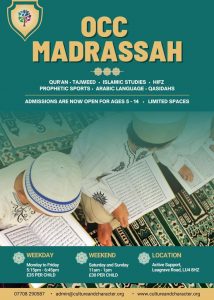 The education of our youth is of utmost importance in our eyes. We believe all children are entitled to authentic, traditional Islamic education catered for the modern-day and age. Since 2010, we’ve been running our Children’s Madrasa on both weekdays and weekends. Our curriculum strikes a balance between Qur’anic Recitation, Memorisation, Islamic Studies, Arts and Crafts, and the Prophetic Sports. We also offer retreats and trips every few months to give the children a break from their hard work and to strengthen the bonds between the teachers and students.

The education of our youth is of utmost importance in our eyes. We believe all children are entitled to authentic, traditional Islamic education catered for the modern day and age. Since 2010, we’ve been running our Children’s Madrasa on both weekdays and weekends. Our curriculum strikes a balance between Qur’anic Recitation, Memorisation, Islamic Studies, Arts and Crafts and the Prophetic Sports. We also offer retreats and trips every few months to give the children a break from their hard work and to strengthen the bonds between the teachers and students. 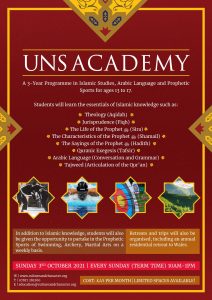 The epitome of the Prophetic Way

“The Prophet (may the peace and blessings of God be upon him) passed by some people from the tribe of Aslam while they were competing in archery. He said to them, ‘Shoot, O Children of Ishmael, for your father was a skilled marksman! Shoot, and I am with so and so.’

One of the two teams therein stopped shooting, so the Prophet (may the peace and blessings of God be upon him) asked, ‘Why do not you shoot?’ They answered, ‘How could we shoot while you are with them (the other team)?”  He then said, ‘Shoot, and I am with you all.’”
[Bukhari]​

Let us be from those who revive the Sunnah and follow in the footsteps of our Beloved Muhammad (peace and blessings be upon him) and his companions. Where there is a challenge there is an opportunity. Take the opportunity while it still remains!​

For info on upcoming courses please drop us an email at admin@cultureandcharacter.org 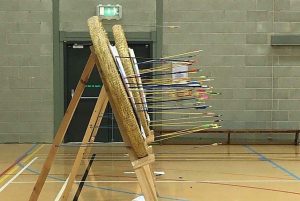 The Arabic term for swimming is Sibaha which comes from the same root as glorification (tasbih). Water is conquered through being at one with water (i.e. where one’s body and soul are completely at ease with the water). Our ability to swim is thus directly related to our love of the temporal world. We can only float once we are in a state of complete tranquility and have let go of any fear and truly submitted to the water.

There are thus great secrets deposited within these physical pursuits and it is thus imperative that we revive these within our localities such that they become the means by which we are able to attain great character traits.

“And your body also has a right over you.”

Everyone should always desire to be at their best to fulfill all their obligations. There is not a single circumstance when it is encouraged or good to be in a poor state of health. Staying healthy and physically fit is perhaps the most practical method of implementing the above advice to avoid the health defects that come with age.

We’re delighted to present tailored swimming sessions for beginners and intermediate swimmers. The course will be taught by qualified instructors. 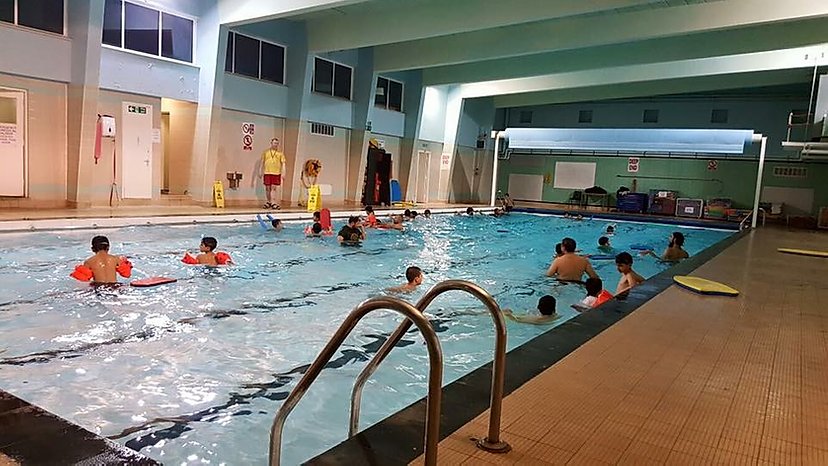 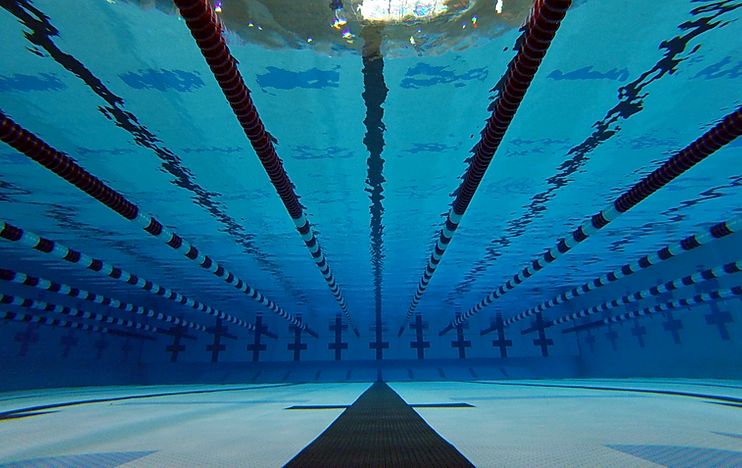 The wrestler/martial artist is fully aware of his surroundings – as soon as he/she loses self-control in a fight, it becomes all too easy for the opponent to overcome him/her; though if one is able to control their anger when someone is physically trying to harm him/her then controlling it in other situations will naturally be much easier.​

In a famous Prophetic tradition, the Companions of the Prophet ﷺ spoke about the “strong” person as “the one who has mastered the art of wrestling” to which the Prophet ﷺ responded,

“The strong person is not the one who easily takes down his opponent; rather, the strong one is the one who can control himself when he is angry.” [al-Bukhari]

This doesn’t negate the significance of wrestling as a means of attaining inner strength; rather, there is an inextricable link between the two, in that wrestling can facilitate the controlling and commanding of one’s desires. The Companions would wrestle inside the Masjid of the Prophet ﷺ itself after their congregational prayers, implying the significance of this discipline.

Rukāna b. Abī Yazīd al-Qurashi was from those who accepted Islam upon the conquering of Makka. Infamously known amongst the Arabs as the Champion Wrestler, he was undefeated, until the Prophet ﷺ offered to wrestle him in the outskirts of Makka. The Prophet ﷺ took him down three times altogether, which left Rukāna perplexed. When the Conquest of Makka took place, Rukāna accepted Islam, no doubt due to his previous engagements with the Messenger of Allah ﷺ. 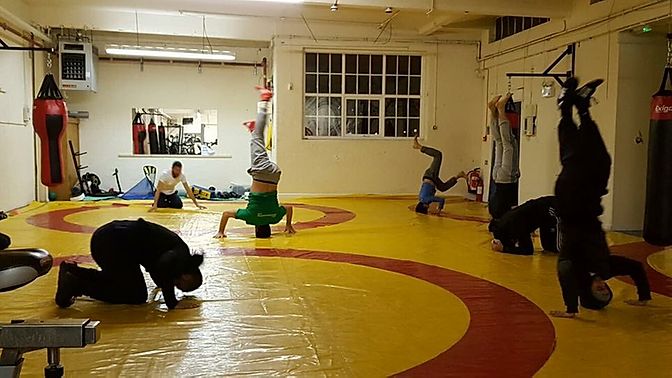 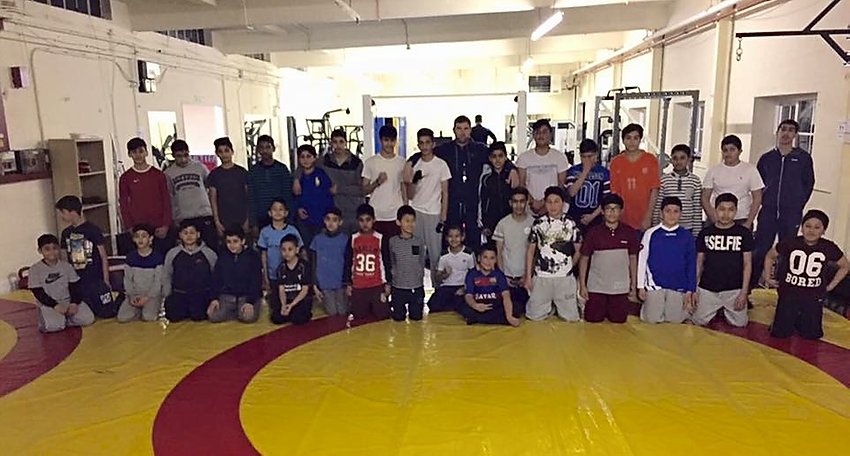 The ethics and principles of Permaculture Design.

This introductory course will cover the ethics and principles of Permaculture Design.

Some of the topics discussed will be: 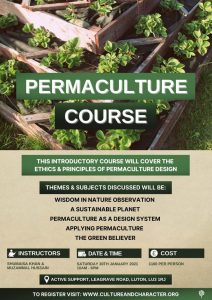 OCC is an organisation that aims to support individuals, families and communities to live healthy and harmonious lives. Through an array of services, we address some of the tough and most pressing issues facing all communities.

OCC aims to provide services that are appropriate, suitable, and sensitive to the needs of all the communities we work with.

Through this service, we aim to bring a positive sense of well-being which will empower individuals and families to be able to function in society, and meet the demands of everyday life and use their abilities to reach their potential.

With our team of professionals we aim to provide the highest level of service and professionalism in a safe and confidential environment.

To be a leading and highly effective organisation that is making a positive difference to the mental health and well-being of people in Bedfordshire. 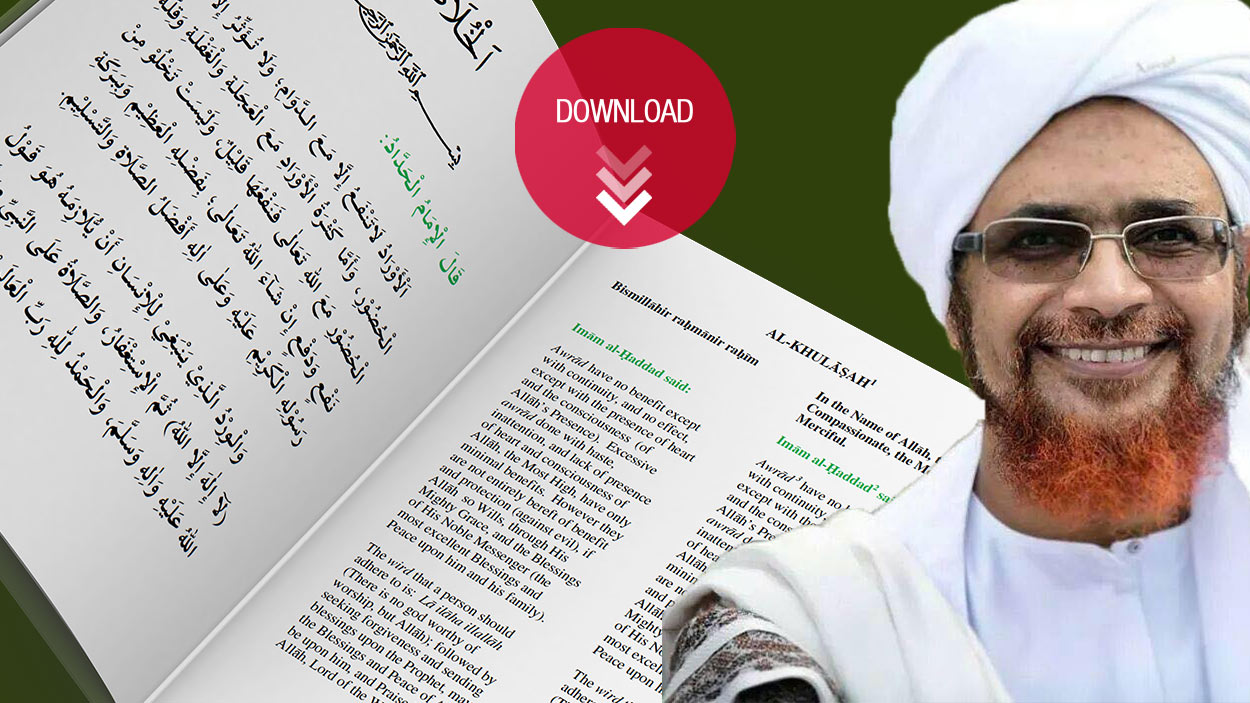 Get all the updates on classes, events and activities